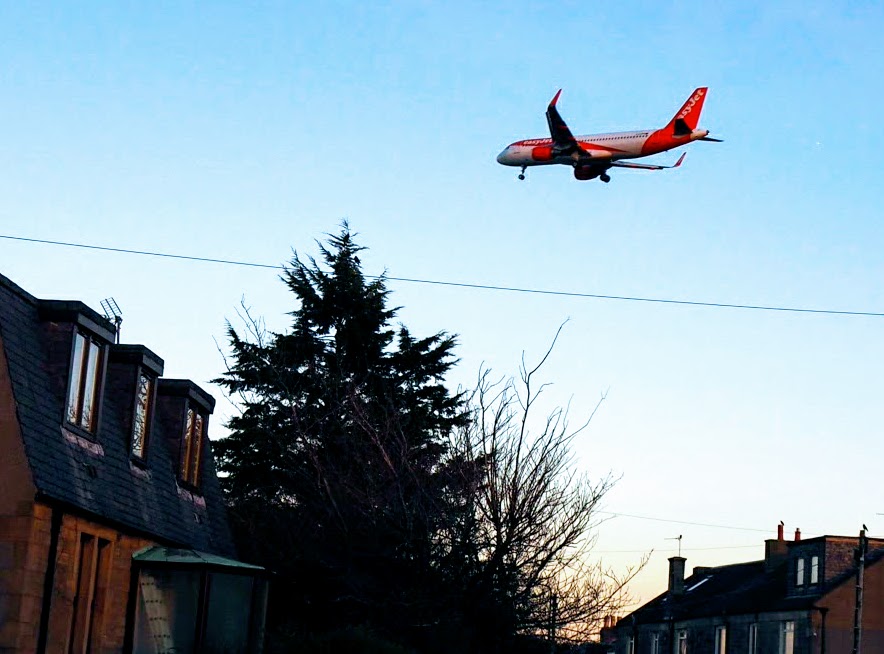 Edinburgh Airport has announced the 2nd phase of their consultation to change the existing arrival and departure routes and increase the capacity of the airspace around the airport.

Their aim is to increase departures to a one minute interval on early morning slots and to introduce 5 new flight paths giving a total of 8 they could use. This will result in concentrated over-flights for many residents that have not been affected before.

The change will also be used to introduce RNAV GPS tracker technology so aircraft can fly on a more accurate flight path. Note that other airport operators have implemented this technology without having to change flight paths to do so. 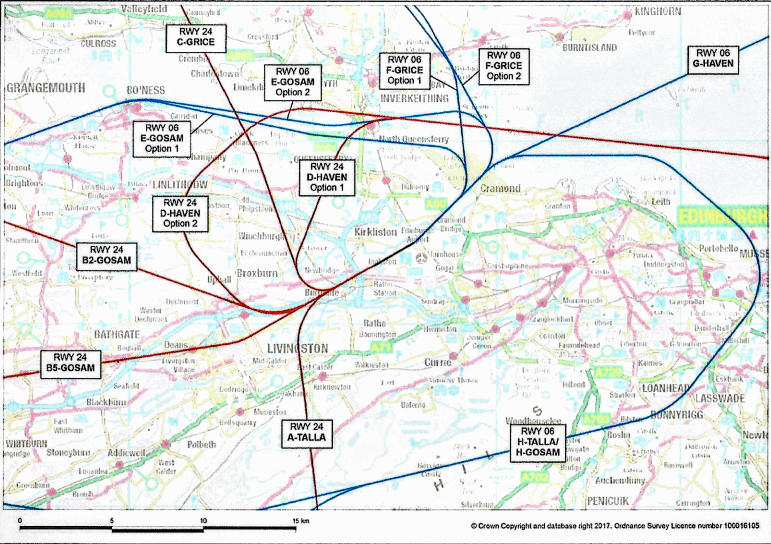 There was a 71% negative response to flight path changes from West Lothian residents in the 1st phase of the consultation but the 2nd phase has gone ahead regardless.

This is also despite representation by the SNP’s Fiona Hyslop MSP to postpone the 2nd phase whilst a major review into flight path consultations is underway by the CAA. It will look at how they can be better conducted with local community input, to ensure proper scrutiny and validation, as well as making the end-to-end process more open and transparent.

In addition, SNP MP Hannah Bardell has succeeded in getting the UK government to hold a consultation on the proposal of an Independent Commission on Civil Aviation Noise.  Currently, airports have to operate within outdated CAA guidelines which are not set up for modern communications or the expectations of community engagement.

Recent reports have shown appreciable health effects caused by noise and air pollution around airports but Edinburgh Airport has confirmed that health impacts will not form part of the reasoning in this consultation.

The 1st phase consultation excluded areas, like Winchburgh and East Calder, which are now directly on a proposed route. The airport is using population data from the 2011 census which does not take into account new build communities and will not consider future planned developments of housing and schools.

West Lothian is disproportionately affected as, due to the prevailing wind, 75% of departures go out in a westerly direction. The actual number of flights is still fewer than in 2007. The increase in passenger numbers is due to bigger aircraft. The airport is still operating well below capacity.

It is vital that as many people as possible make their voices heard on Edinburgh Airport’s 2nd phase proposals before the 7th May.

Go to the consultation webpage to see the proposed flight paths and submit a response: http://www.letsgofurther.com

For aircraft tracking around Edinburgh airport with filtering on day/night, proximity, altitude and aircraft go to flights.lingbrae.com

Broxburn Uphall and Winchburgh SNP updated their status.
When this happens, it's usually because the owner only shared it with a small group of people, changed who can see it or it's been deleted.
View on Facebook

Broxburn Uphall and Winchburgh SNP
I’ve written an open letter, expressing my deep appreciation to people across the country for the sacrifices of the past year and asking for the support and strength that only #BothVotesSNP will give me to get on with the job of steering us through the crisis and onto recovery.

Broxburn Uphall and Winchburgh SNP
🚨 Tune into to our Get Out The Vote Rally tonight at 7pm as we interrogate Line of Duty star Martin Compston.

Broxburn Uphall and Winchburgh SNP
🏴󠁧󠁢󠁳󠁣󠁴󠁿 Join our online Get Out The Vote event to help boost turnout at the Scottish election on Thursday 6th May.

✍️ If you are an SNP member you can sign up here: https://snp.org/events/get-out-the-vote-rally/

Scottish National Party (SNP)
🏴󠁧󠁢󠁳󠁣󠁴󠁿 Join our online Get Out The Vote event to help boost turnout at the Scottish election on Thursday 6th May.

✍️ If you are an SNP member you can sign up here: https://snp.org/events/get-out-the-vote-rally/

Broxburn Uphall and Winchburgh SNP
🎥 Scottish legend of the stage and screen Elaine C. Smith will be highlighting the breadth of support for Scottish independence at our online Get Out The Vote rally.

Communities are fed up @ScottishEPA of your inadequate protection of their environment. Only 3% of outfalls monitored for sewage discharge in whole of Scotland. You have the power to change this! Start working for communities and the environment! https://t.co/9J4U7hV6Bw
View on Twitter
8
0

What you may not have realised about the Scottish English border
https://t.co/0StglSttd3 https://t.co/CMMp6uWLIF
View on Twitter 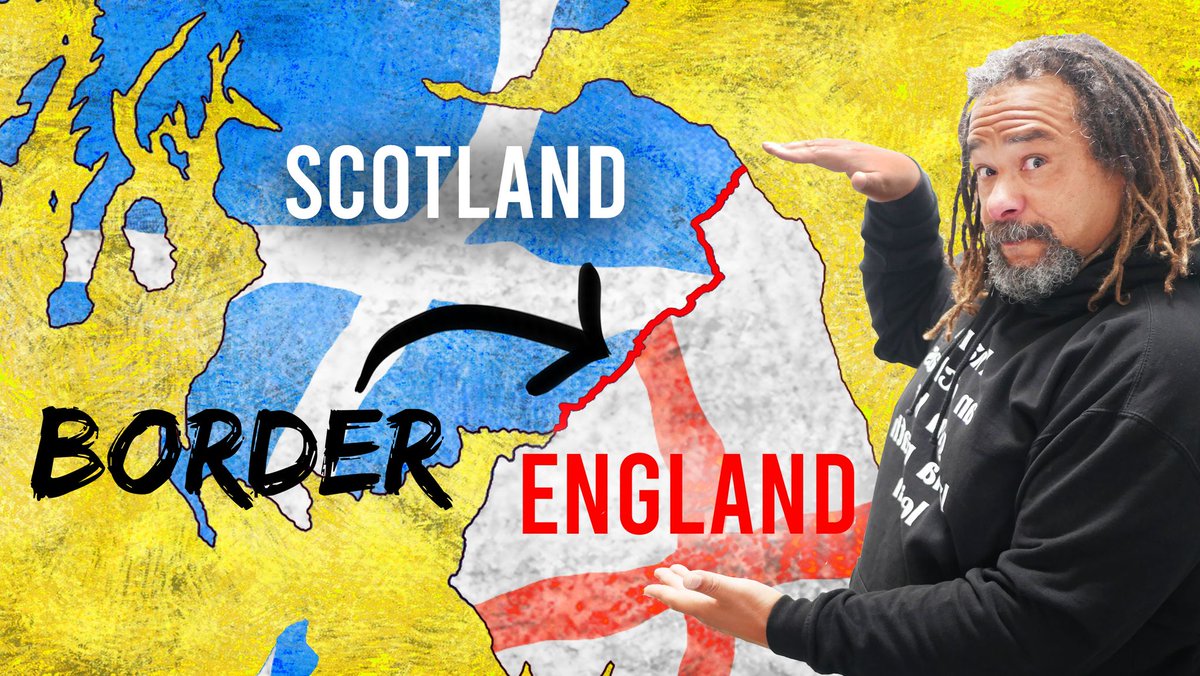 Sewage story should be featured on @BBCScotlandNews at 18:30 today. Sewage overflows are a national disgrace. The volunteer-run River Almond Action Group has been working with various stakeholders for a cleaner, healthier & swimmable River Almond. #RiverReclaim @MairiMcAllan
View on Twitter
3
0

This looks like a really interesting online event tomorrow evening with 3 of @ScotNational best professional journalists @LesleyRiddoch @foreigncorr1 & @kmckenna63 - What next for #Independence? https://t.co/BPdIsHCmPF
View on Twitter
41
0

The summary of the #Forstater judgment by discrimination law expert @akuareindorf should be essential reading on the importance of belief as a protected characteristic not just for employers but for service providers & membership organisations 1/ https://t.co/mLN5CmBgUZ
View on Twitter
196
0

Many MPs are afraid to stand up for women’s privacy & safety for fear of the vicious backlash. The campaign of bullying, intimidation, harassment & abuse directed at myself & @RosieDuffield1 & the lack of support we receive understandably frightens others. https://t.co/xLCEOVJIF3
View on Twitter
453
0
Follow @SNPBUW

Before we set out for an afternoon of campaigning

Don't we look happy on a cold and windy street sta

Out in the sun leafleting for Sue Friel